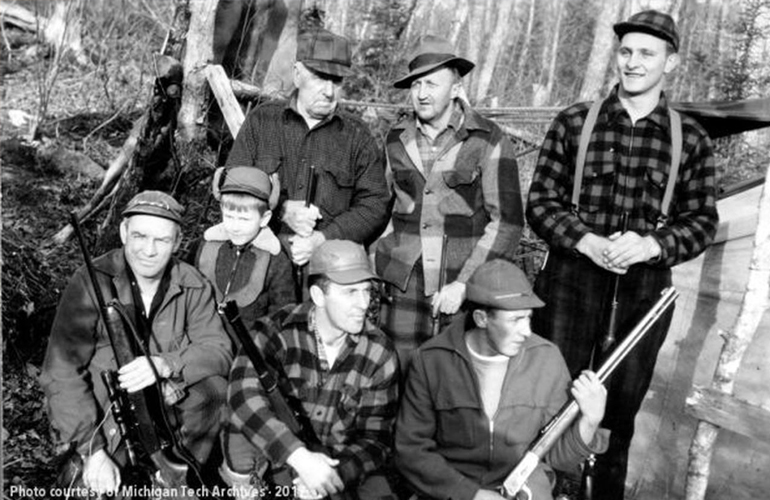 Conservation Club was started in 1939. Julius Yoba was the first secretary/treasurer (Suggested talking to him). Early directors included Emmanuel Trinklein, Rex Voorheis, Clint Granger,? Rockwell (barber), Rollie McNiven, Elmer Fisher, Dr. Kirchgeorg, Albert A. Smith, Dr. Augusta Engel, and Otto Bickel. They held Smokers at Fisher Hall (1939+?) once a month on Monday nights. The smoker would include a program (talk by DNR, gun auction, etc.) with lunch and beer provided. There was a $1.00 admission fee.

They would rent Hubinger Grove from Hattie Hubinger in order to hold their jamboree on Labor Day. This included the ox roast (still done), log rolling, and bait casting, slot machine and other activities. Wally eventually discontinued use of the Grove. Hick thought the Ox Roast advertising listed how many years this has been done.

The Club set up pheasant refuges, posting a certain number of acres on a farm as off-limits for pheasant hunting to build up the local wild population. They had a booth at the Sportsmen Shows. Hick promoted the boat races. There would be 4 or 5 in the summer. They gave prizes. The money earned paid for the 59+ acres purchased from W. Ruben Fisher for $6000.00 (Hick couldn't remember the year).

Hick was involved with the construction of the buildings at the Conservation Club. They started the tree farm (to the east). The Boy Scouts planted rows of pines to the west. He suggested talking to Harry 0. Meyer about new projects.

Julius was operating Frankenmuth Taxidermy in the 1930's when Clint Granger, Carl Topham, and Rollie McNiven (he was working at Fishers Hotel then) started talking to him about starting a Conservation Club. They were at Carl Satow's Drug Store when they decided to hold a meeting the next month at Fishers Hall to see if there was enough interest.

Some of the organizers included: Dr. Kirchgeorg, Emmanuel Trinklein, Clint Granger, Julius Yoba, One-Shot Rockwell (had his barber shop where Rau's Country Store is), Rollie McNiven, Elmer Fisher. Julius Yoba was elected Secretary/Treasurer, Herb Weirauch and Elmer Fisher were among those elected. They started with $I/month dues, and met once a month at Fisher Hall. At some time, the early records were lost. The meetings included the Smokers almost from the beginning. The first Smokers were at Fisher Hall. The directors were in charge of furnishing food. At one time Herb Weirauch and Julius made corned beef and cabbage from scratch. At another One-Shot Rockwell provided a bear that he had shot. The bear was baked in a bachofen and those attending were offered a choice of rolled roast and the bear meat. At the end of the smoker, one slice of roast was gone and all of the bear meat.

Later meetings were held a Hubinger Grove as well as the Hall. Before the property on Curtis Road was purchased, the property where Heritage Park is located became available (owned by Haasie). Julius and Dr. Engel went to talk to him; he asked $900 for the 8 acres. By the time they were able to have a meeting a formally approve the purchase, the land had been purchased by Otto Trinklein.

The Ox Roast had changed over time. It was first held at the Hubinger Grove. The first ox was roasted in a large pan. The man that built the roaster and was to do the work was killed in an automobile accident after building the roasting pan. Mr. Kem (Ralph's father) took over the ox roast after that.

Julius Yoba decided that it was time for him to retire from office when work started to the Curtis Road Club site. He mentioned a Mr. Newman (worked at Morleys) and Clyde Eirich as knowing more about more recent history. He also suggested talking to Carl Satow about the first meeting held at the drug store. 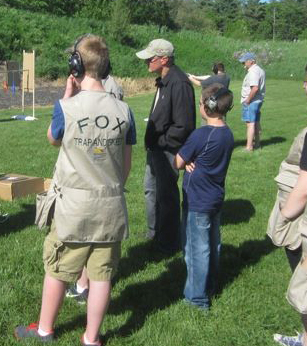 The Frankenmuth Conservation Club is run by a board of directors who follow the Bylaws put forth by the organization.